Whose Idea Was It Anyway? The History of Mac ‘n’ Cheese 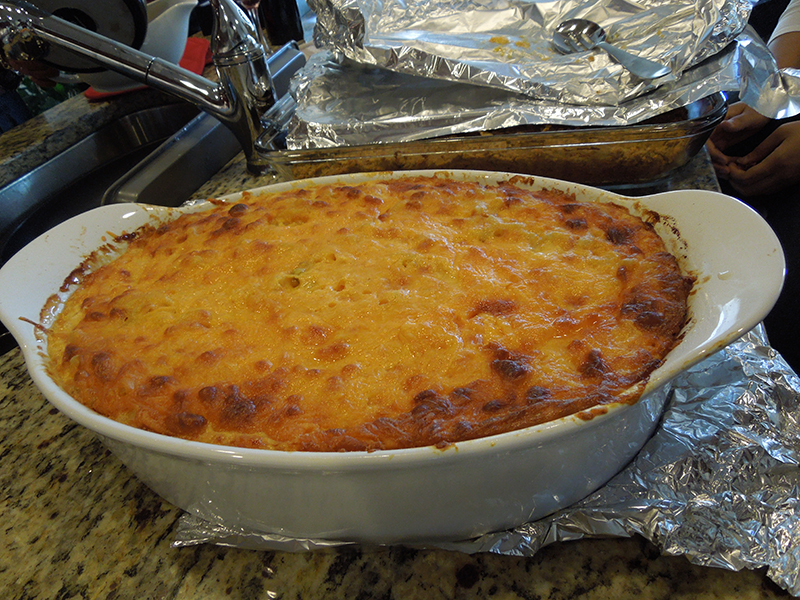 14 Oct Whose Idea Was It Anyway? The History of Mac ‘n’ Cheese

One day I sat down to a delicious bowl of baked macaroni and cheese. I never questioned its origin (partly because I was way too young), but I just figured it came from the same place as every other great meal, from mom’s magical oven; you know, sort of like the stork bringing home the baby. It just appeared, and then I ate it…

Mac and cheese has come a long way since 1769 when the first known macaroni and cheese recipe was discovered somewhere in the plains of Northern Europe. Inscribed in Elizabeth Raffald’s cookbook, The Experienced English Housekeeper read:

Many food historians (yes, such people do exist) disagree with the above, believing that it was introduced at a much earlier time, dating as far back as the 14th century when an Italian cookbook, known as the Liber de Coquina hosted a recipe which called for sheet pasta cut into two-inch squares, cooked in water and then tossed with grated parmesan cheese. Technically, it wasn’t called macaroni and cheese, but sounds a little like it to me, well at least some variation of it anyway.

However, it wasn’t until 1802 when our beloved Founding Father served up a hearty portion of mac and cheese at a state dinner when the now iconic American cuisine grew to enormous popularity in the United States. So no, it’s not just a southern thing. How’s that for food that transcends all (kinds of) barriers?

Eventually Kraft Foods caught on to the craze and in 1937 introduced their take on the cheesy cuisine through a somewhat instant and simple boxed version. Not only was it quick and easy to make, but it was an inexpensive way to enjoy America’s new favorite meal. Kraft made it possible for people across the nation to be able to feed a family of four for a mere 19 cents. Imagine that! Something certainly unheard of today. Yet, mac and cheese was more than just a tasty, budget-friendly treat, it became a means for survival during the Great Depression as well.

Whether the creator lies in the pages of Raffald’s cookbook, the Liber de Coquina, your mother’s oven, (just kidding) or the White House; regardless of its originator, let’s just rejoice in the fact that someone way back then was brilliant enough to pair cheese and pasta together; and from one simple blend birthed a host of new ways to savor the classic dish. There’s no denying the fact that mac and cheese is sure to remain a staple in our culture (and bellies) for a lifetime.