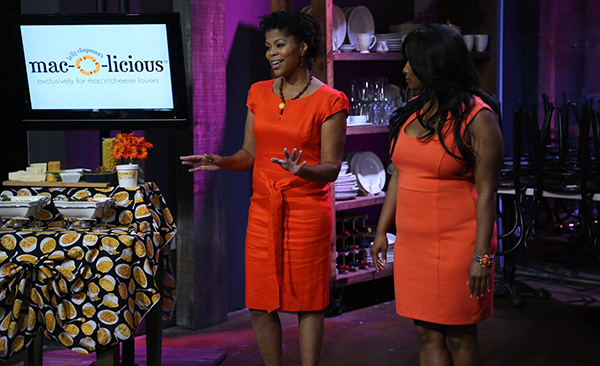 I am very excited to announce that I will be on a new TV show called #RestaurantStartup on CNBC. I was busy working the day I was called and invited to audition. It seems like at least once a week for the last 18 months, someone says, “You need to be on that TV show”. In fact, my dear friend Curtis has been bugging me for 18 months about it. “You NEED to be on that TV show.” I haven’t had time to do much of anything. I am the chef, bookkeeper, janitor, driver, etc.

Oh, I and I sing while I serve…

It’s not glamorous, and as my ex-boyfriend said, “A woman of your stature can do way more things than run a food truck” Sure, and the fact is: I HAVE.

I have worked for some of the top companies in America. I worked for two Billionaires (one White and one Black). I have traveled the world, and raised a child as a Single Mom. I have performed on big and small stages. I spent a year in full-time music ministry singing and speaking at Churches across the country. I could go on and on… yes I HAVE done way more glamorous things in life than drive a Truck and set up a Tent.

But I like serving mac’n’cheese… and I guess he couldn’t deal with it. So glad to find out early.

It doesn’t quite pay the bills, and I have no free time anymore (as I work 80+ hours a week). But I wouldn’t trade it for the world.

On Wednesday, three different customers came up (at three different times). I had never met any of them before. Each ironically, out of nowhere – mentioned pain that they were dealing with regarding their Mothers. Two were still reeling from losing their Mom. One was dealing with a hospitalized Mom. All three were in PAIN. I spent a long time talking with each one, and encouraging them. One even started crying, and came under my Farmers Market Tent so she could get a hug. I hugged her tightly and prayed with her for healing and peace.

I gave two of the customers free mac’n’cheese as they went on their way. They seemed pleasantly surprised.

Now don’t get me wrong, I have met some of the most miserable and mean people walking the earth while I smile and serve mac’n’cheese. Sometimes my smile or song picks them up. Sometimes their attitudes bring me down.

But there is NOTHING in the world like doing what you love… and I have learned that many without money are the most giving people in the world, and many with riches are very selfish and stingy. So now I know what the meaning of true “wealth” is.

So I am excited that while I was “heads down”, someone noticed me and what I am trying do. I am excited to be a part of this fun show that has truly forced me to step away from the business and really take a close look at my “BUSINESS PLAN”.

And one thing I do know, reality shows are REALITY. At least this one was…

So stay tuned, and I hope you enjoy it!

The first episode airs July 8th at 10 PM on CNBC.

Blessed is she who has believed that what the Lord has said to her will be accomplished. Luke 1:45